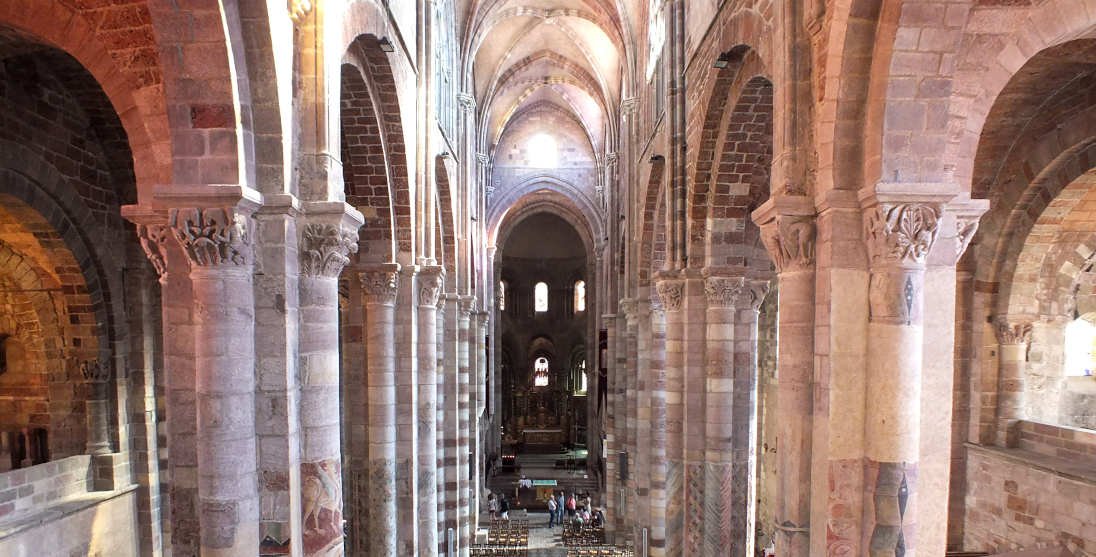 A heritage area in every sense - history, culture and environment 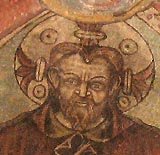 Straddling the A75 motorway at the point where it enters the high country of the Massif Central,  the north of the Haute Loire department, from Auzon to Chanteuges via Brioude and Langeac, offers a wealth of opportunities in terms of heritage tourism, ecotourism and visits. Whether in the "Pays d'art et d'histoire" (rural heritage area of outstanding artistic and historical value) or  in the immediate vicinity, this is an area that abounds in historic monuments, castles, old abbeys and churches, remarkable landscapes, and other unusual tourist attractions such as underground visits in a Gallo-Roman tin and antimony mine, the French Resistance museum at Mont Mouchet, or the birthplace of Lafayette.

In the valley of the Allier :

From north to south 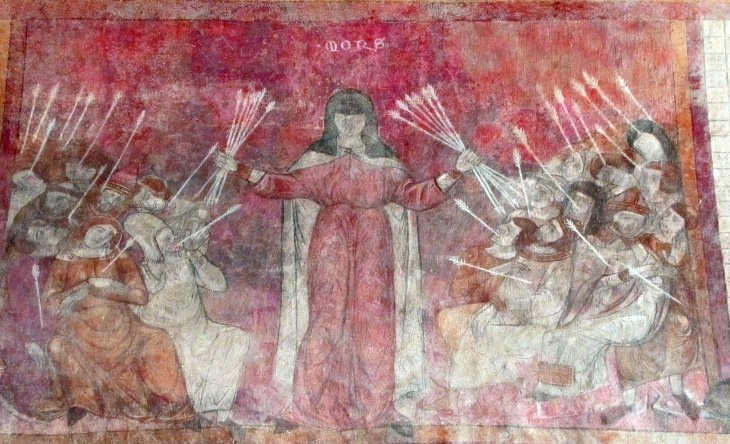 Medieval fresco depicting Death, in the abbey of Lavaudieu. Dated 1355

In the Pays d'Art et d'Histoire area - valleys of the Allagnon and the Senouire, and in between

Outside the "Haut Allier" heritage area.

Le Puy en Velay
Remarkable romanesque cathedral and cloisters, with unusual use of coloured stonework. One of the main departure points on the great pilrimage route to Compostella.

Abbey of La Chaise-Dieu
Ancient Benedictine Abbey, founded in 1043. Famous for its remarkable mediaeval fresco of the Dance of Death, and for its classical music festival in August.

Music in the Auvergne -

"Music-valley" is the High valley of the river Allier, covering the rural district areas of Brioude and Langeac, in the department of Haute Loire, Auvergne,  southern France.   The music season in the valley is a relaxed affair, and unique in rural France by its extent and its duration. The venues are mostly small, the performers good - often top quality, but the prices reasonable. Some concerts are "give what you want", some are free, most are less than 20 Euros. Only the full concerts in the basilica at Brioude and those organised by the La Chaise Dieu music festival are a bit more. Unlike any other summer music programme in rural France (and there are plenty of them), this is a fringe without a festival, two months of music for pleasure, organised by musicians themselves, volunteers, villages and cultural associations.